☰ In this section 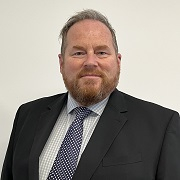 Craig Naylor was appointed His Majesty’s Chief Inspector of Constabulary in Scotland in March 2022. This is an independent appointment under Royal Warrant and confers wide ranging powers to look into the “state, effectiveness and efficiency” of both Police Scotland and the Scottish Police Authority. He is also Scotland’s senior advisor on policing.

He joined Lothian & Borders Police in 1989, and served in a variety of uniform and detective officer posts in both city and county divisions, and in departments such as Complaints and Professional Standards,  and in planning roles for the Commonwealth Heads of Government meeting in Edinburgh in 1997 and for the G8 meeting in 2005. Craig is an experienced and accredited senior investigating officer, public order and firearms commander. In recent years he has qualified and maintained accreditation as a specialist Strategic Firearms Commander.

In 2004, he was promoted to Detective Superintendent and took up post with the Scottish Crime and Drug Enforcement Agency.

In 2006, returned to Lothian & Borders Police as a detective Superintendent with responsibility for crime in the City of Edinburgh. In 2008 he was appointed as the force head of Professional Standards and Counter Corruption.

In 2011, he was appointed as deputy commander of the City of Edinburgh, then the largest division in the UK outside of London, becoming temporary Divisional Commander in the months prior to the transition to Police Scotland in 2013.

Between 2013 and 2015 he led many improvement projects across local policing and contact, command and control division.

In 2015, Craig took on the role of divisional commander for Corporate Services including risk and governance functions.

In April 2017, he was appointed to the role of Assistant Chief Constable in Lincolnshire Police. In February 2018 he was substantively promoted to Deputy Chief Constable having been doing the role on a temporary basis for the preceding 6 months.

Craig joined the National Crime Agency in August 2019 as Deputy Director of Investigations leading the NCA operational response for the north of England, Scotland and Northern Ireland. In addition Craig was commander for the NCA Child Sexual Exploitation investigation teams and for Operation Stovewood the single largest law enforcement investigation into non-familial child sexual exploitation and abuse in the UK.